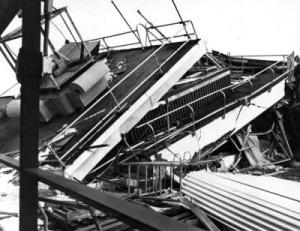 After talking over my rising blood pressure with the PA who sees me for most of my routine medical care, we decided to up my blood pressure medication. Since I am otherwise healthy, it seemed a sensible thing to try. It’s always about 20 points higher in the doctor’s office than it is when I take it at home. Still, what I consider my “normal” blood pressure is quite a bit higher than what the medical community considers healthy. And, as I am not getting any younger (including my blood vessels,) I’ve decided to see what I can do, on my own, to “help the medication work”.

Over the years, I’ve cut back on my use of the salt shaker dramatically, though unless you can afford to eat only fresh meat and vegetables, nearly everything purchased at stores, these days, contains a good deal of hidden salt.

Although I don’t have a formal exercise program, I’m rarely still. Even the time I spend at the computer is interrupted every few minutes to do something that needs attending to. I garden with hand tools; I go up and down one or two flights of stairs several times a day just to get in or out of my apartment; I keep a couple of two liter bottles of water beside my desk to do lifting and stretching exercises when I think about it. And, of course, I walk almost anywhere I go around the neighborhood since I don’t drive.

Nevertheless, I do read the news every day. I do see signs that the American Empire and the huge energy, military and financial systems it has built to maintain itself are all fraying around the edges and gradually collapsing. I do see the subtle and not so subtle signs of a destabilizing global climate and its effects on the health of our environments. I do see the decline of cheap, easy to access fossil energy sources the world’s economic growth has depended on for the last one hundred years and the effects of trying to maintain that growth with more expensive, harder to access fossil energy.

Yet, as I came home from the doctor’s appointment, new medication in hand, and sat down at the computer to read that day’s news, it hit me just how little control I had over any of these things. And how much the tingly anger and fear and worry I feel in reading the news really comes down to that lack of control.

If the housing bubble or stock market bubble or student loan bubble or any of the multitude of bubbles now building in the economy should suddenly burst, do I have any control over that? No. I do not.

If the big banks go belly-up and our government uses the Cyprus template to rescue them by seizing depositor assets, can I stop them? No. I cannot.

If Kim Jong Un decides to act on his rhetoric and lob some missiles at South Korea, or even at Austin, Texas, is anything I can say going to change his mind? No. It is not.

If the government decides to kick the financial can or the climate change can or the peak energy can down the road in a desperate attempt to maintain BAU, will anything I do make them stop it? No. It will not.

So, we are everywhere urged to fear this, be angry over that, worry constantly about it all and, if we only fear, feel anger, worry enough (and give enough money to The Cause) – by ourselves or in mass – we can exert control over all this. We can “bring change”. No. We cannot.

Change will come, not because of our attempts to control it, but in spite of them. There seems to be a tendency among doomers, as things get worse, to go into a frenzied cycle of boom or bust over every little news item or statistic that may herald The Change that will “bring it all down”. We worry it to death, afraid we’ll be caught off guard, angry that it doesn’t work out the way we expected. Does all this change anything? No. It does not.

Change is non-linear. It takes time for the black swans to hatch, fledge and leave the nest. And no one can predict their flight, or where and when they will land. We simply can’t prepare for every possibility.

I can’t speak for you, but I’ve decided to quit. Quit being angry, quit fearing, quit worrying over things I can’t control. This doesn’t mean I will no longer check out the news, fire off an email or letter to a local, state or federal official acting in a more egregious or stupid manner than usual. Or, that I won’t join a local protest where it might have some actual effect.  Or that I’ll quit prepping or writing this blog.  It just means, that having done so, I will send it out into the universe without anger, fear or worry and with no grand expectations.

I hope it means I’ll have more time and energy to control what little I can – Me. My behaviors, my emotional states, my choices. Who knows? Maybe even my blood pressure. It’s sure worth a shot. So, that’s what.

7 Responses to Okay. So, What?