The Faces of War

The nation born from that declaration and the subsequent war of independence died long ago in the hubris of bloody empire and (whatever else we may tell ourselves) its corporate resource wars.

Whether they are fought by direct military intervention, such as Afghanistan and Iraq, or by proxy, such as in Libya, Syria and, currently, Ukraine, the outcome is always the same – shattered lives, shattered countries and a mad rush by our corporations and the elite of Empire to grab the resources and protect the profits.

I used to believe that we, the people could change all that; I no longer do. The Empire is dying and, in its death throes, is becoming as dangerous to us as it has been to the rest of the world. It doesn’t matter whether we are 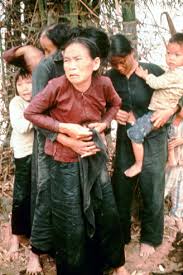 Democrats or Republicans, Tea Party, Libertarian, Green or Independent. We are increasingly spied upon, ignored by our “representatives”, and every movement toward an alternative put down as soon as it is perceived as a threat to Empire. Our domestic police have been, everywhere, militarized by our own government and neighbor turned against neighbor to keep us fractured and fearful.

For the most part, we are sheltered from the consequences of those wars, (unless you are among the unlucky who have died, been wounded or lost

loved ones among our own casualties in the Empire’s wars.) Our own dead and wounded are touted as heroes, fighting to protect our freedom and democracy, while the others are denigrated as enemies who hate us for our freedoms, their dead civilians dismissed as mere collateral damage. We are urged to fulfill our patriotic duty, not by sacrifice but by buying an endless supply of trinkets – made, of course, by the spoils of those wars – even if we have to go in debt up to our eyeballs and shop until we drop. We are rarely allowed to see the real face of war; that would be too discomforting.

But I want to discomfort you. That’s why I’ve scattered their pictures throughout this blog post, so you’ll have a harder time ignoring them. It doesn’t matter which war they’re from, whether it’s our soldiers or their civilians, the faces are all the same. The dead are all the same. The horror, the pain, the anger, the war weariness, It’s All The Same. 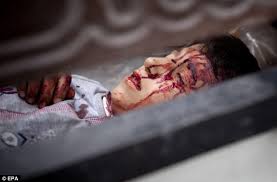 The Empire is fighting a proxy war in Ukraine; we have begun to re-engage in Iraq (where no one I know thinks that we will stop with “advisors” or embassy protection because their oil is too important to the Empire). At some point in these grabs for diminishing resources, theEmpire will over reach.

Whether we attack the wrong country, the rest of the world gets tired of suffering the effects of our resource grabs and WW III begins, the imperial government has to maintain control at home, or a crazed “patriot” militia makes their own power grab and starts another civil war here. As the Empire declines, the blow-back will come home. 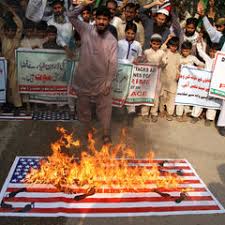 Look carefully at these faces because, sooner or later, the faces of war will be our faces.

6 Responses to The Faces of War