Whole Lot of Whistling Going On

Posted on December 6, 2014 by theozarker 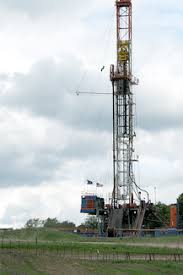 After reading, this week, about how falling oil prices – and, thus, falling gasoline prices – will be such a boon to the global economy (and lord knows it could use a little boon, right now,) I’m trying to decide whether we’re being deliberately lied to or whether all this happy talk is just a form of whistling past the graveyard.

For example, this article from The Economist says¸ “Cheaper oil should act like a shot of adrenalin to global growth. A $40 price cut shifts some $1.3 trillion from producers to consumers. The typical American motorist, who spent $3,000 in 2013 at the pumps, might be $800 a year better off—equivalent to a 2% pay rise. Big importing countries such as the euro area, India, Japan and Turkey are enjoying especially big windfalls. Since this money is likely to be spent rather than stashed in a sovereign-wealth fund, global GDP should rise.” http://www.economist.com/news/leaders/21635472-economics-oil-have-changed-some-businesses-will-go-bust-market-will-be

But, as others have pointed out, this isn’t necessarily true. If you have $100 and you spend five dollars less on gas and then, spend that five dollars on food, you haven’t added an extra five dollars to the overall economy. You’ve only shifted that five dollars from the oil (gasoline) part of the economy to the food part of the economy. http://www.marketwatch.com/story/cheap-oils-economic-benefits-may-be-a-big-myth-2014-12-04 The only way to add that five dollars (or that $1.3 trillion) to the overall economy is to turn at least part of it into debt (take out a new loan or open a new credit card). That part of it would count as new money and be counted as global growth. Undoubtedly, some businesses will, but I hope none of us low-wage earners are silly enough to do that. http://www.zerohedge.com/news/2014-12-05/us-factory-orders-tumble-miss-most-january

The other problem with low oil prices, especially if they continue to drop or the  low prices continues for a while, is that we are mostly dependent on expensive-to-produce oil (shale oil, oil sands, deep-water oil) and, while many wells that are currently in production can continue to produce at low prices, future production projects may not. http://gcaptain.com/150-billion-oil-projects-face-axe-2015/ These projects are heavily dependent on debt, especially high yield (junk) bonds for financing, making up almost 20% of the junk bond market. Also, shale oil wells deplete rapidly and new wells must constantly be drilled. If low oil prices cause some of these companies to default on their loans, the loans may dry up. As current production dwindles, loans may dry up for new projects and so will much of the oil supply we count on. http://www.zerohedge.com/news/2014-12-05/energy-bond-crash-contagion-suggests-oil-will-stay-lower-longer

In addition, we may be overestimating how much shale oil can be produced. This article from Nature is about natural gas, but many who follow oil production carefully feel the same can be said for the oil plays.http://www.nature.com/news/natural-gas-the-fracking-fallacy-1.16430

The other area where we seem to be whistling past the graveyard is in the economic news. All I heard on the network news was how great the jobs report was this week and how the economy is really taking off. Hmmm, maybe we might want to re-examine that. Several news sources say it might not be so great, after all. http://www.nbcnews.com/business/economy/hold-jobs-report-wasnt-so-great-after-all-n262641
http://www.cnbc.com/id/102243878?trknav=homestack:topnews:7
http://www.zerohedge.com/news/2014-12-05/full-time-jobs-down-150k-participation-rate-remains-35-year-lows

So, my advice, for what it’s worth? Enjoy the break from high gasoline prices, but remember, all those silver linings have a cloud attached.  Just watch out for all that whistling going on.

This entry was posted in Uncategorized and tagged current events, economy, Peak oil. Bookmark the permalink.

7 Responses to Whole Lot of Whistling Going On